We return to Utrecht after discussing it here in this website. I previously wrote about it that you can read again by clicking here. Because obviously, Beatrix Theater is not the only theater in Utrecht as you will see in some of the musicals. 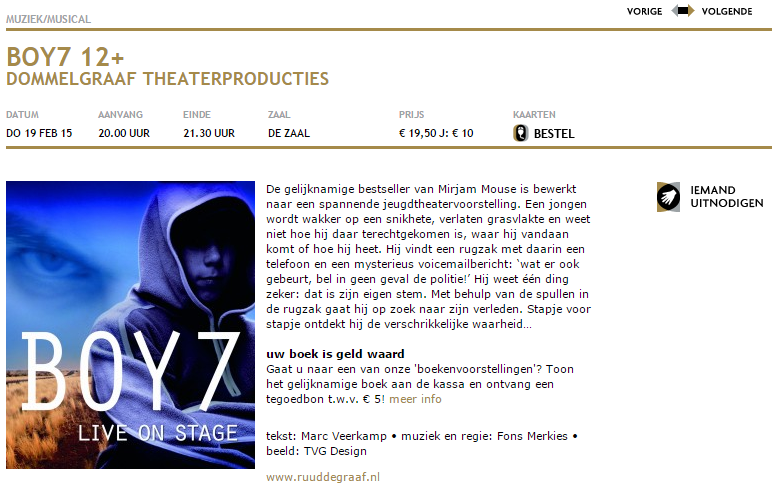 Miriam Mouse’s best-selling novel is now a musical. It tells about a boy who wakes up in the middle of an abandoned grassland. Sweltering from the heat, he, for the life of him, had no idea how he got there. He didn’t even know what the place is called or if he’s even on the map.  He found a backpack and a phone containing the voice message “Whatever happens, call the police!” What made it weirder is that the message is dictated in his own voice. It’s the kind of storyline that would remind you of a few episodes of shows like “Alias” except that the situations are set to music.

If you have a copy of the book, it is worth money. How? Show up in one of the book signing events and show your copy at the box office to receive a voucher worth 5 euros. This musical gets shown on February 19, 2015. Click here to view the rest of the details to see if there are still any tickets available for purchase. 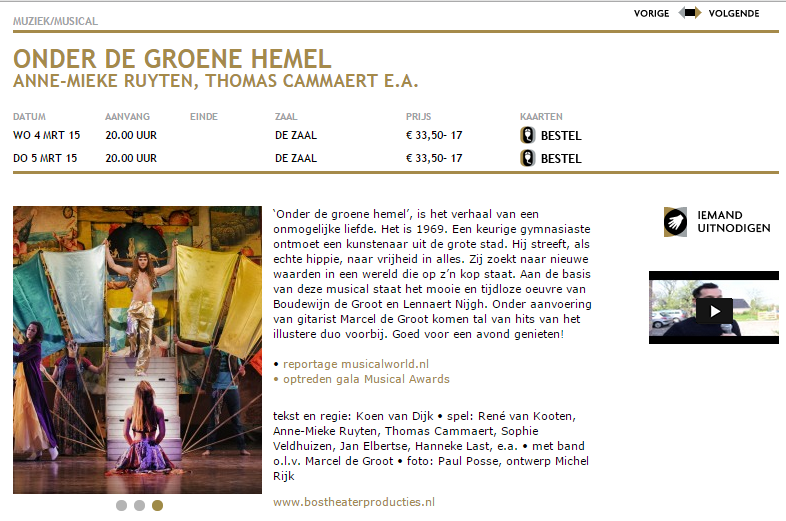 Onder de groene hemel (Under The Green Sky) is a story about star-crossed lovers – a neat gymnast and an artist. He is the typical bohemian; one who thrives in freedom. She is trying to find her self-importance in a world gone upside down.

A musical based on the works of Boudewijn de Groot and Lennaert Nijgh, Marcel de Groot spearheads the production to the tune of the catchy tunes that the duo has released in their career. Play dates mentioned are March 4 and March 5, 2015. Click here for further details and ticket prices. 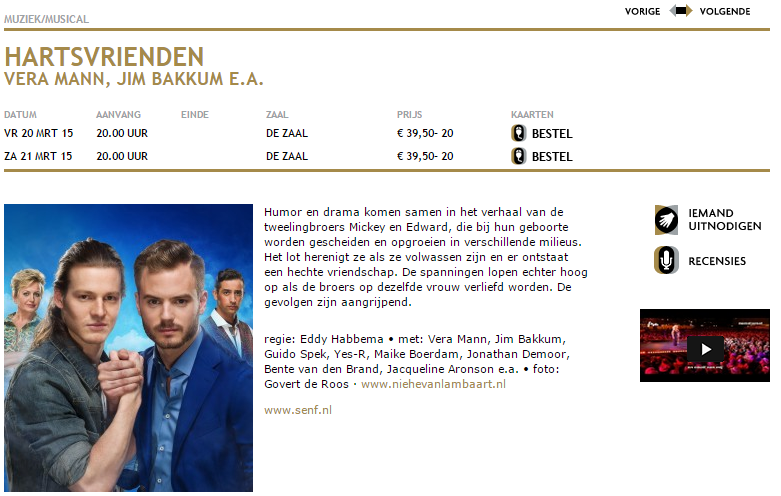 Hartsvrienden (Heart Friends) tell the story of twin brothers, Mickey and Edward. As newborns, they were separated. They only got reunited as adults after getting raised in different environments. While friendship developed between them, it is at risk of breaking apart once they fall in love with the same woman.

A musical that does not shy away from issues like sibling rivalry, tensions are sure to soar high as love and hate collide in this romantic drama. Play dates mentioned are for March 20 and March 21, 2015. Ticket prices are listed here for your reference. 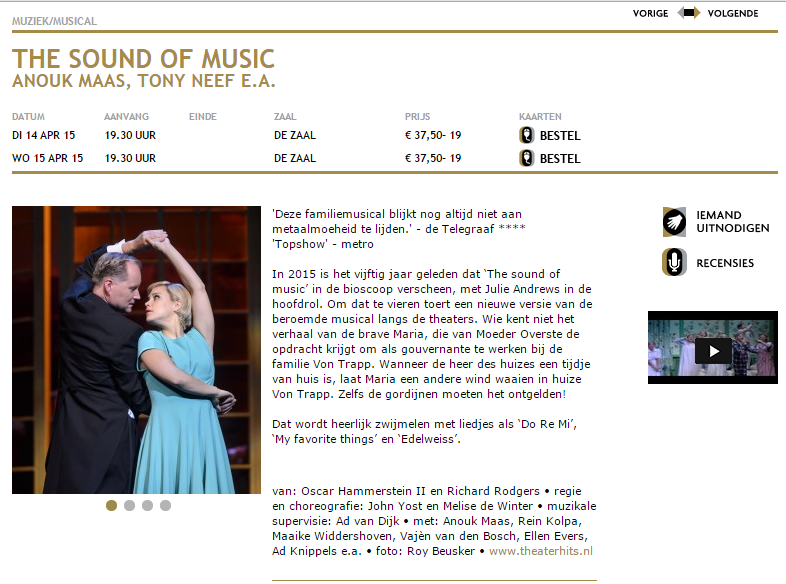 The Sound of Music

The hit musical’s 50th Anniversary tour reaches Utrecht as the adventures of Maria are relived in the Dutch language edition of “The Sound of Music”. Everyone knows her story of how, from a humble convent, she ended up becoming the music teacher of the Von Trapp siblings.

How do you solve a problem like Maria? What problem? If you are referring to purchasing tickets or clearing your calendars, the information you need is written here. Whether you’re 16 going on 17, all ages are admitted. So brace yourselves for singing your heart out to “Do Re Mi”. 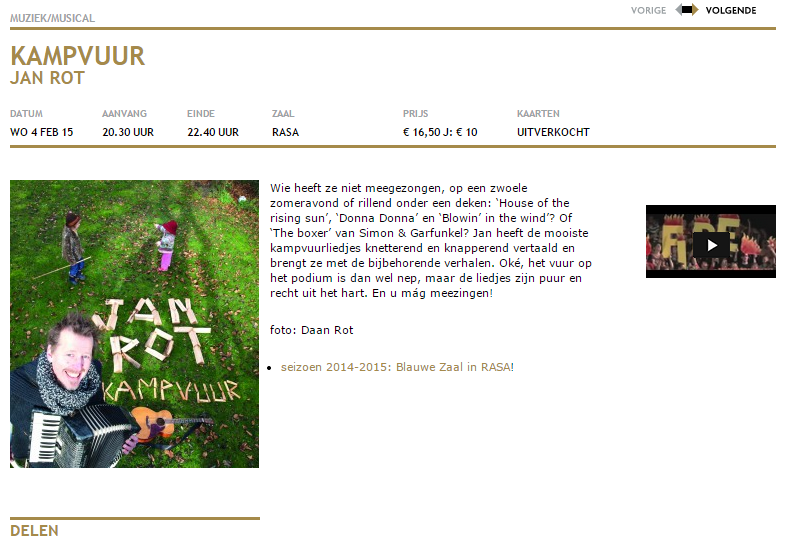