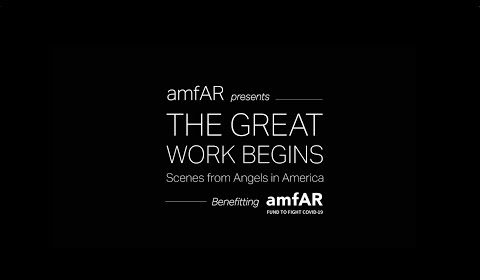 Working with playwright Tony Kushner, theater director Ellie Heyman (Director in Residence, Joe’s Pub at The Public Theater) has enlisted a spectacular cast of actors, artists and technicians for this virtual production of scenes from Angels in America.

The free virtual event will be followed by a live conversation moderated by Paul Wontorek, Editor-in-Chief of Broadway.com, and feature Mr. Kushner, Ellie Heyman, amfAR CEO Kevin Robert Frost and several of the actors from the production. They will discuss the play, as well as activism and COVID-19 research. Viewers who make a donation of $100 or more will have an exclusive opportunity to hear directly from the cast and creative directors about the event and the importance of joining forces to support COVID-19 research.