Ballet Philippines presents on its 45th Anniversary Season “Manhid: The Pinoy Superhero Musical”. Just in time for the EDSA People Power Anniversary which usually falls on the last week of February, the story is based on the premise of “What if the People Power failed?” Sounds like a dystopian musical to me.

Written and composed by Kanakan-Balintagos (a.ka. Aureus Solito to Cinemalaya fans) with Vincent de Jesus credited as co-composer, it is the story of a battle of two groups with superpowers – Maragtas and Tulisan ng Bayan. It was set in the present day so it’s up to you to guess any political figures alluded to upon seeing this work of art.

Maragtas is headed by tabloid writer Bantugan Buenaventura and activist Lam-Ang Panganiban. Bantugan’s gift of telepathy works whenever he is in a dreamy-like state. Lam-Ang, as her alter-ego name suggests, has the power to control the monsoon winds locally referred to as the Amihan and the Habagat.

Other members consist of Allunsina Albano who has the power to draw blood by screaming expletives; Urduja, goddess of the insects; Dilim whose vocal powers causes darkness; Lagrimas who can heal with the use of her tears; Gawigawen Santos, the resident shaman and Sarimanok Cabalguinto, a beautifully-winged man that can’t fly.

The Tulisan ng Bayan, on the other hand, was the band of misfits formed by the story’s main villain, Demonyita Mamalahim-ma, Minister of Humanity that is also in charge of proliferating  the epidemic of “Kamanhiran” (Apathy). Their designated leader is General Apolaki Regalado, armed with a spear that induces fear on his opponents when struck.

“Manhid: The Pinoy Superhero Musical” will be staged on February 20, 21, 22, 27 and 28, 2015 and March 1, 6, 7 and 8, 2015 at the CCP Main Theater. You can buy your tickets at Ticket World by contacting them through landline or by logging into their official website. For further details, you may like their official Facebook page, Ballet Philippines, subscribe to their official YouTube page, BalletPH, and follow them on Twitter @BalletPH and Instagram @BalletPH. 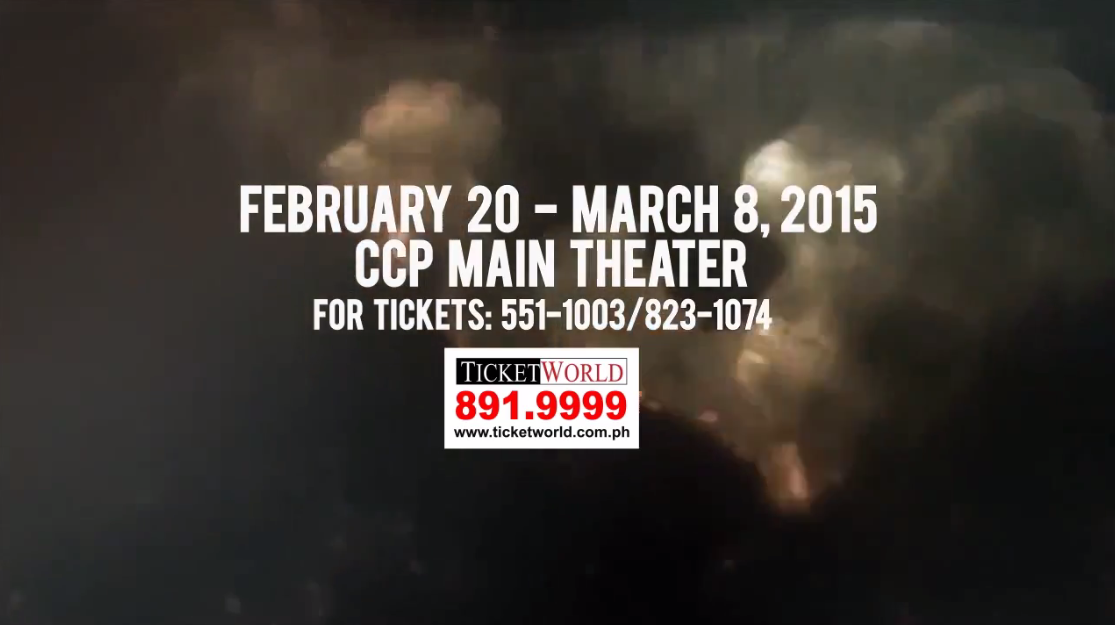