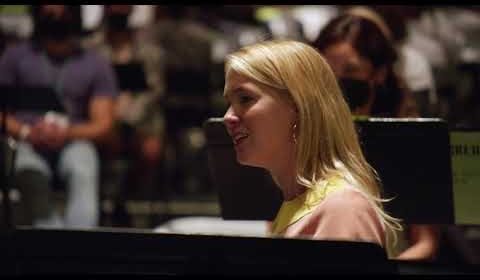 “Like a handprint on my heart…”—The Broadway company of WICKED reunited for their first rehearsal back, going on an emotional journey as they sang through the score for the first time, together, in over 500 days.