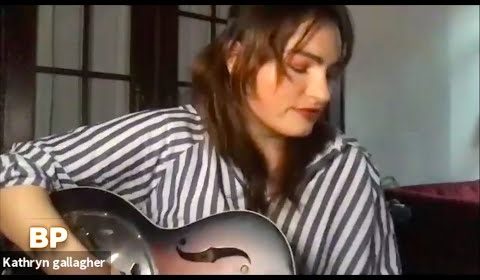 –Before it airs nationwide, here’s a look at the newest episode of BROADWAY FILES. Hosted by Emmy-winning anchor Tamsen Fadal and powered by Broadway.com, this installment will air in New York City on April 4 at 6PM ET on WPIX. Be on the lookout for BROADWAY PROFILES WITH TAMSEN FADAL, the only nationally syndicated weekly theater news program, on your local TV station.

Featured this week:
– Broadway.com Editor-in-Chief Paul Wontorek talks with MOULIN ROUGE! star Aaron Tveit about his Tony nomination and landmark year.
– London’s acclaimed production BLINDNESS transfers to New York, and producer Daryl Roth breaks down the safety protocols in place for this socially-distanced show.
– Fadal checks in with Broadway power couple Orfeh and Andy Karl to see how they’ve stayed creative during the Broadway shutdown.
– The hit off-Broadway show IN & OF ITSELF has been mesmerizing viewers on Hulu. Broadway.com correspondent Charlie Cooper chats with Derek DelGaudio about capturing the production for a TV audience.
– Jeremy Pope is this week’s Fresh Face. We talked to him about his Broadway debut and receiving double Tony nominations in the same season.
– Wontorek shares the latest Broadway Buzz, including an upcoming stage adaptation of the Netflix hit THE QUEEN’S GAMBIT.
– JAGGED LITTLE PILL Tony nominee Kathryn Gallagher discusses writing original music during the pandemic and shares an exclusive acoustic performance of one of her singles, "Nostalgic for the Moment."
– The Happy Hour Guys discuss their work with the Gun Hill Brewing Company to roll out Broadway beers that benefit The Actors Fund.