Is This A Dagger? – Patrick Stewart | Macbeth 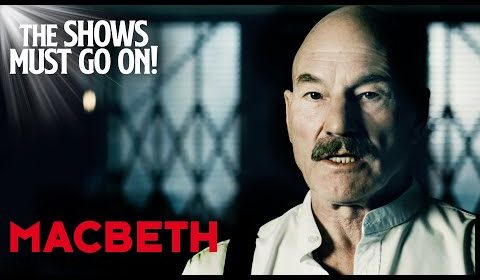 Macbeth (2010): Shot on location in the mysterious underground labyrinth of Welbeck Abbey in Nottinghamshire, this is a contemporary presentation of Shakespeare’s intense, claustrophobic and bloody drama.

Recently honoured with a highly prestigious Peabody Award, the film is based on the Chichester Festival Theatre production of the play that enjoyed sell-out runs in the West End and on Broadway. Patrick Stewart won Best Actor and Rupert Goold Best Director in the Evening Standard Theatre Awards for the stage production and both Patrick Stewart and Kate Fleetwood were nominated for Tony Awards for their performance.

Director of the critically-acclaimed plays, ENRON and American Pyscho, Rupert Goold has been described as ‘the hottest, most exciting director around’, and Macbeth is his debut as a film director. When the film was screened by the BBC December in 2010, the critics were unanimous in their enthusiastic praise.

Donate to these worthwhile arts causes:

Welcome to The Shows Must Go On the channel bringing you showtunes, backstage access and full performances from some of the best loved musicals in history!

Featuring the best performances from musical theatre and beyond!