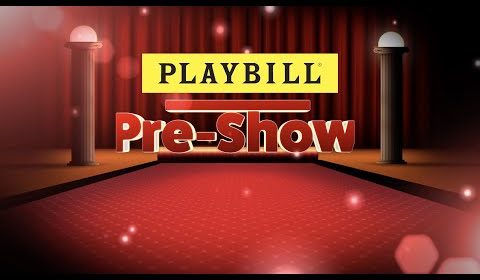 The life of a Parisian street vendor is "tough on the back, the brush, and the feet." Check out Tony nominees Derrick Baskin and Adam Pascal, along with Rachel York, Christiani Pitts, Drew Gehling, and more singing “The Street Vendor’s Waltz” in a sneak peak of Amour virtual revival.

Prior to the 8 PM stream, Playbill hosts a free, virtual red carpet event, with interviews with the cast and creative team. Join us to watch the pre-show on YouTube beginning at 7:30 PM on April 2.

With music by Michel Legrand and libretto by Didier van Cauwelaert, Amour is adapted from Le Passe-Muraille by Marcel Aymé. The English adaptation by Jeremy Sams debuted on Broadway at the Music Box Theatre in 2002 and was nominated for five Tony Awards, including Best Musical and Best Original Score. The original cast featured Malcolm Gets, Melissa Errico, and Norm Lewis.