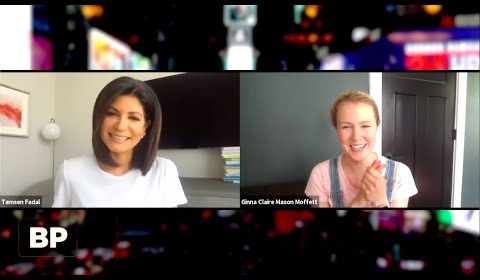 Before it airs nationwide, we’re offering a look at the latest episode of BROADWAY PROFILES. Hosted by Emmy-winning anchor Tamsen Fadal and powered by Broadway.com, this installment will air in New York City on January 31 at 6PM ET on WPIX. Be on the lookout for Broadway Profiles, the only nationally syndicated weekly theater news program, on your local TV station.

Featured this month:
– Tony-nominated star Elizabeth Stanley shares with Tamsen how she prepared to take on her dramatic role in JAGGED LITTLE PILL.
– HAMILTON and GIRL FROM THE NORTH COUNTRY rising star Austin Scott talks about the importance of Bob Dylan’s music.
– FOSSE/VERDON performer Yesenia Ayala gets emotional describing her experience stepping into her dream role of Anita in Broadway’s WEST SIDE STORY revival.
– Jerry McGuire film star Jerry O’Connell discusses A SOLDIER’S PLAY and how he still gets nervous performing on the Broadway stage.
– Recent star of Amazon’s SYLVIE’S LOVE and Broadway Fresh Face Nnamdi Asomugha opens up about his unique transition from the NFL to Broadway.
– CHICAGO showstopper Mary Claire King breaks down her love of dance.
– Paul Wontorek explores what we can expect next from HAMILTON creator Lin-Manuel Miranda.
– WICKED’s Glinda, Ginna Claire Mason, takes us through what she shares with students in her masterclasses and what it was like to (remotely) reunite with her WICKED co-stars to deliver a special message to first responders and front line workers.

To find out where Broadway Profiles with Tamsen Fadal airs nationally, head to https://www.broadwayprofiles.com.