Before The Interval – FULL SHOW | The Shows Must Go On 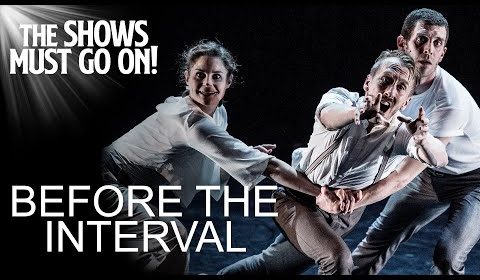 ‘Before the Interval’ imposed itself as the obvious title for this second commission in which Akrill, Goddard and Sveaas take Broom’s absence as a cue to promote their own talents as dancer-directors, projecting themselves into what their future selves could be. Using Silvestrini’s style of humorous, satirical dance theatre, they speak their thoughts about their potential careers, audience expectations and hold conversations as they simultaneously move.

“Funny and touching and very accessible, demystifying much of the jargon around ballet…”
★★★★ The Evening Standard on If Play is Play…

“Defying the odds with a philosophy and style of performance unlike any I’ve seen”
Judith Mackrell, The Guardian

Filmed and edited by Bennet Gartside