Chicago The Musical (Atlanta Edition) featured a lovely Roxie Hart and a feisty Velma Kelly with an obviously experienced Billy Flynn. A production that served as a nice showcase for their locales to lead the musical, everyone had fun at the Atlanta Lyric Theater since it made them rediscover their locales in another light.

But first off, let’s start with the things that made this production unique yet memorable. Most viewers were accustomed to watching “Chicago The Musical” in shades of black. Usually the closest deviation from the color scheme is gray by seeing Amos Hart wear faded overalls or a gray knitted sweater. 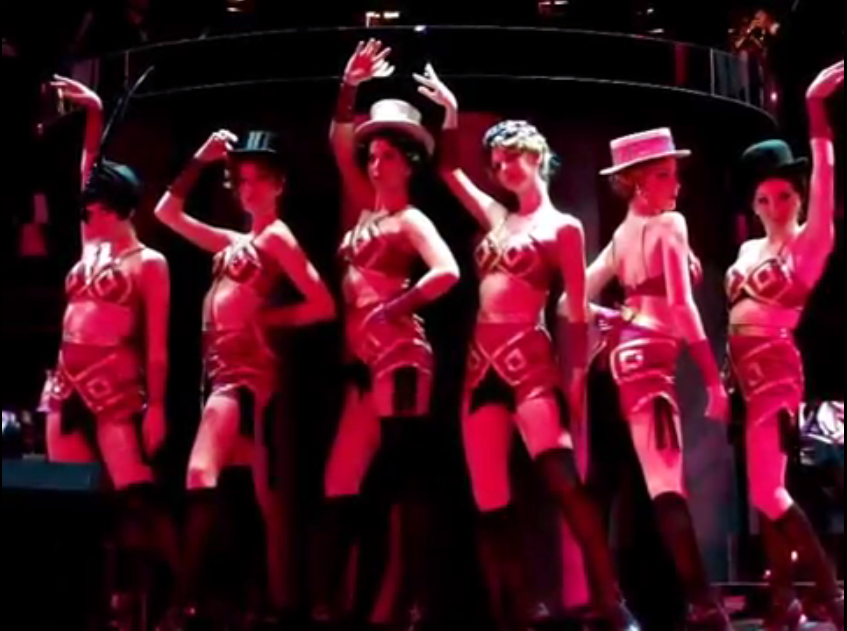 Here, we see dancers wearing red outfits under a red light. The pub where Velma Kelly performed wasn’t a brothel but with sexuality going wanton during the roaring 20’s, the assimilation with the spot being a red light district is understandable. If the line “I know a whoopee spot where the gin is cold but the piano’s hot” hasn’t suggested raunchy ideas yet in your head, then clothing some dancers this way might officially push the suggestion.

But the moment the scenes shifted to the next scene, no more of the red shades and finally back to black. Now this is where the outfits start get interesting again. It’s not simply black lace. Horizontal black line patterns on the lace outfits are prominent enough without restricting the view on the lingerie that the dancers wore. The thick lines were prominent enough to suggest that they’re already in Cook County Jail and Velma has joined the rest of the murderesses for the “Cell Block Tango”. 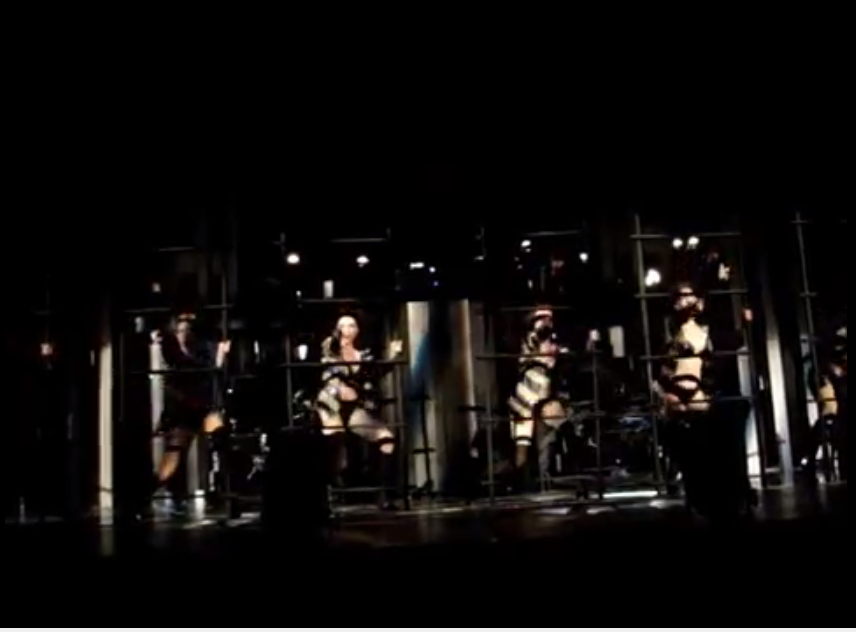 This is a production that looked the part that they are singing at the moment. Sure, the song numbers already mentioned betrayal, murder and adultery apart from lack of remorse on the part of the women who murdered their lovers. But here, even the see-through clothes looked like vaudeville versions of striped outfits of convicts on murderesses’ row. In this manner, not only are the singing and dancing taken care of but also the appearances of the performers onstage. 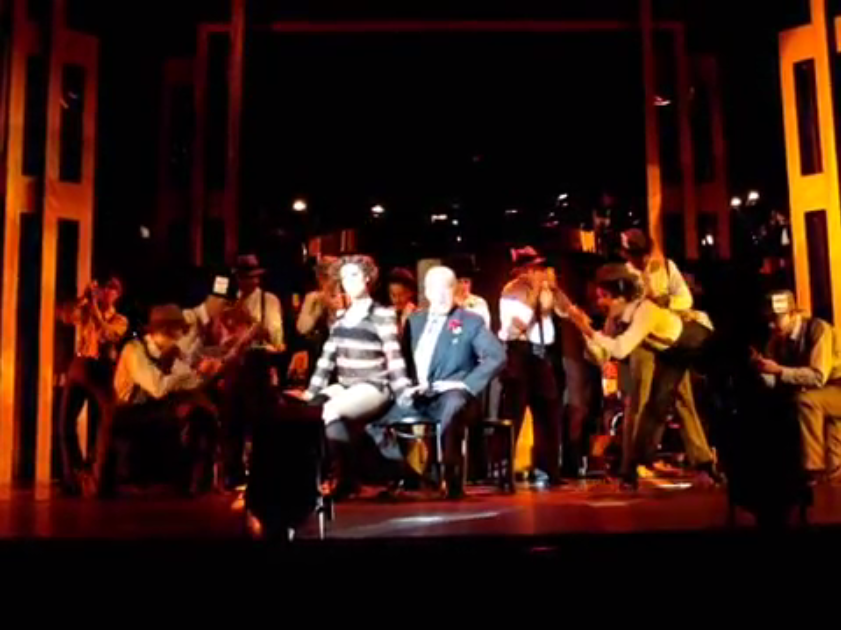 Now speaking of appearances, some lawyers looked more experienced when they look older. Here we see a halfway-through middle-aged Billy Flynn (played by Alan Kilpatrick). The white hair served as a crown of wisdom most of the time except that Flynn would often use his legal knowledge to bend the law in favor of his clients. That’s mostly where the $5000 attorney’s fees ended anyway.

While initially you would think of him as some dirty old man, the dirt he is accused of doesn’t refer to the sexual. As much as he is a sleazy lawyer, he is a professional in keeping his clients’ interests in place. The title of his song number may be “All I Care About is Love” but the love he is willing to provide comes at a price. Money well spent? The musical got that point across. 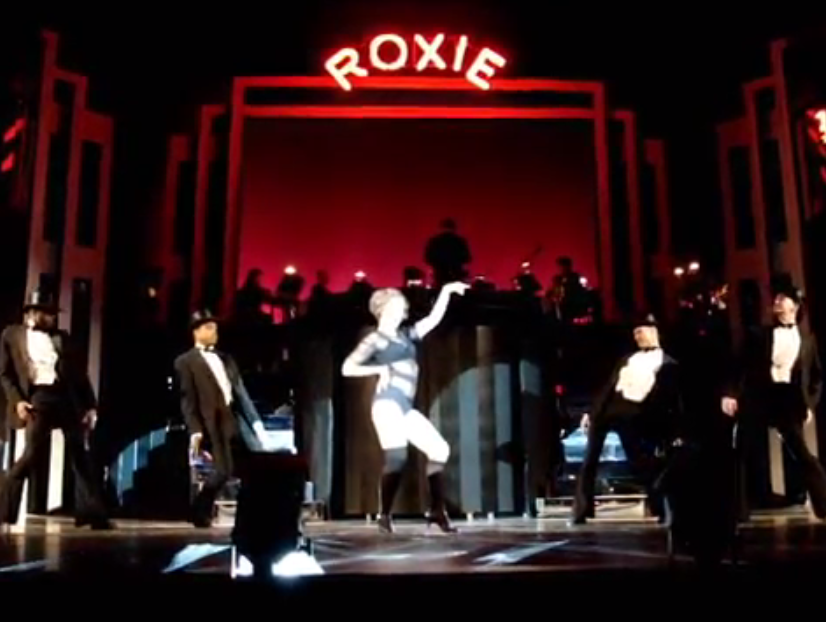 And of course, Roxie Hart. The only time her brain functioned was when she felt her 15 minutes of fame was running out. When she pretended to be pregnant, the cameras got directed her way again and she’s back on the headlines.

Most of the time, she made bad decisions like getting too angry at Amos to even realize that she already admitted her crime to the District Attorney. The moment she was told that she stood the chance of getting hanged, it was too late for her to change her mind. And she constantly needed to be told to shut up to avoid shattering the image that Flynn made her out to be to the media.

She loved the spotlight that Flynn gave her. Arrogance crept up to her head and she fired Flynn for “meddling”, forgetting that it was exactly what she paid him for. If not for the poor Hungarian immigrant getting hanged, she wouldn’t change her mind about rehiring Flynn again. 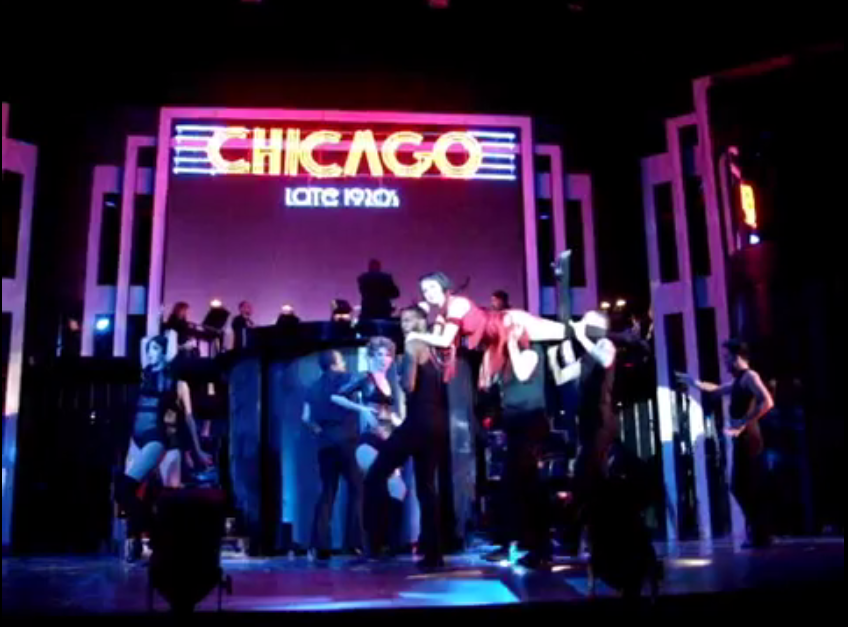 It was different compared to most versions where the orchestra is behind the ensemble of dancers. The difference can also be seen from the set to the color schemes. It doesn’t happen everyday since the performances dished out justified the change in scenery. Because at the heart of the story is 2 women fighting for the spotlight – one threatened by the presence of someone younger and one fighting to keep that spotlight to herself.

The gamble of casting locales in Liberty Cogen and Deborah Bowman paid off well. Star power is often used to draw in the crowd and it’s not very different in musicals. But pleasantly surprising your crowd with familiar talent repackaged as possible Broadway stalwarts worked well too.

Bowman playing Velma made it look like she’s grasping at straws to keep the media’s attention to her to the point of compromising a partnership with her frenemy Roxie. Cogen playing Roxie made it look like she’s young and ready for the spotlight if only her beauty and newfound fame could compensate for that lack of sensible matter found between her ears. Add the rest of the cast into the mix and Atlanta would be establishing a foothold in the off-Broadway market in no time.

“Chicago The Musical” turned out pretty well since some tweaks got applied without changing the whole look. Not too updated but not too similar either with the rest of the versions staged by the touring company. Finding versions in other cities in the world would then be a fun romp. And you’d find them here at MusicalsOnline.com. So you might as well click “Like” on our official Facebook page, MusicalsOnline.com, and follow us on Twitter @musicalsnews for your daily dose of updates and commentary regarding your favorite musicals. Thanks for reading