Before Idina Menzel became synonymous to Elsa of “Frozen”, one of the characters she brought to life to the point of immortality was Elphaba of Wicked.

I just need to say that in case most of you are wondering why even this musical had several revivals, fans still refer to Menzel as the standard to look up to. Besides, Elphaba is not the only character in this musical. One thing is undeniable – it set the trend for fairy tale flicks that narrated the story in the point of view of the antagonist. 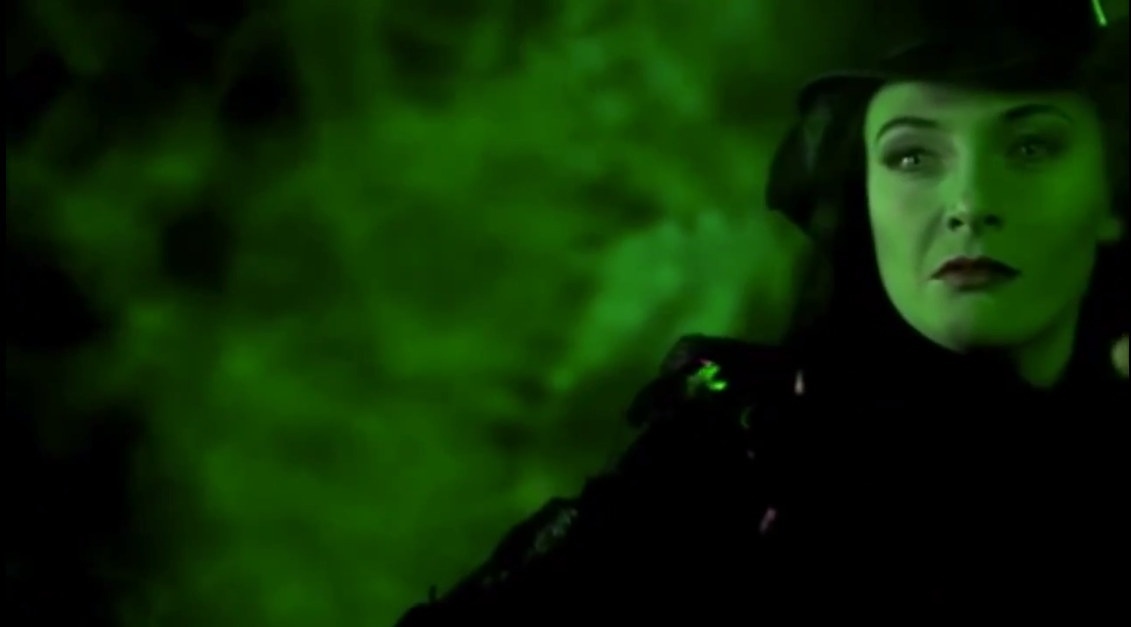 Antisocial but talented, most of the time Elphaba comes across as a rebel demonized by her adversaries in this story. As a character, she’s admirable for having a BS detector, a skill she got to use upon meeting the Wizard of Oz for the first time. After discovering that everything that she’s been taught is a lie, it solidified her resolve to officially go rogue and be a freedom fighter for animal rights. Halfway through the musical, you realize that she doesn’t have many friends but is very self-sufficient. I consider that the most admirable in her in a world where everyone is so preoccupied with what everyone has to say.

Elphaba can be considered as one of the first fantasy heroines whose prowess is not reliant on her knight in shining armor. Not that she didn’t need it but she didn’t beg for it. In fact, it was she who saved the man she loved in the best way that she could. Aww …. 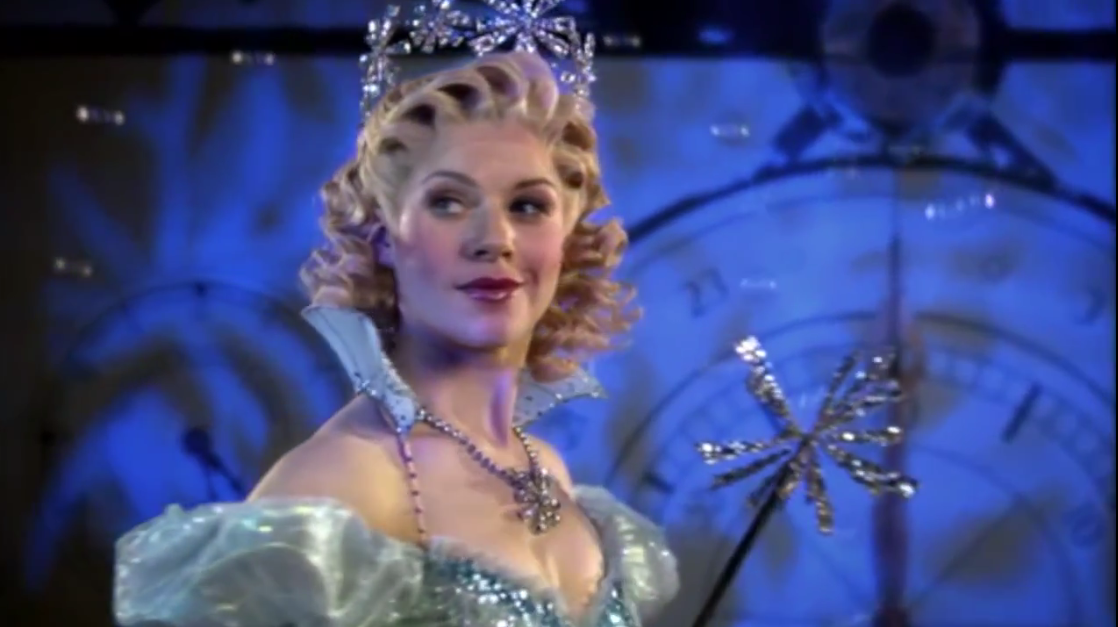 Perhaps the closest that Elphaba could get for a friend, she’s basically the opposite of the former. Early on in the story, her character is self-centered albeit not in a bitchy way. Shallow and preoccupied with her image, it became apparent that of all the friends that she’s ever had, she would end up learning the most about life, friendship and principles from the person she didn’t expect to be her friend.

She has a concept of popularity, not power. The way she “toss toss” her hair should have given you an idea already. And it was a painful transition for her regarding her discovery about power and responsibility. But at least she got there in a way that even Madame Morrible didn’t expect.

Fiyero, just like Elphaba, was the kind who’s not likeable in the beginning. He has this brash arrogance that immediately miffed off Elphaba herself. But he’s just so hot and sexy for Glinda to overlook. It turned out that he’s a rebellious teen who suspected that whatever education he’s receiving from school is not what it seems. Not many students realize at an early age how they are not taught everything (don’t give me your excuses, true knowledge will help).

Of course we saw from a mile away how he will end up as Elphaba’s love interest. It’s just that it’s the most relatable. If there’s a couple that can afford being apart, it’s them. But they chose to be together despite the risks that entailed, more so for Fiyero since he would be mocked for life for having a green girlfriend. But that’s true love. And when you love one another, everyone else’s opinion is immaterial.

I will admit something to you – I hate her and she’s not even a villain. Now that we got that out of the way, let’s talk about her as a character. She’s the one that ended up being wicked when it’s her sister Elphaba that reached the peak of her powers. So her name “Wicked Witch of the East” is well-deserved. While absolute power corrupts, it still depended upon the person. The political power Nessarose earned upon being governor corrupted her to the point of irrationality. What made me hate her officially is how she does stupid things and puts the blame on Elphaba (because it’s so easy to pin the blame on the fugitive even if much of the blood spilled is from your own hands)

Boq is a gullible Munchkin who thought that simply following Glinda’s requests at every turn would make her notice him. The thing is she can’t even say his name right (she keeps calling him Bick). And since unrequited love begets unrequited love, he ended up suffering at the bad end of Nessarose’s temper simply because he still loved Glinda after all this time.

The cub that Elphaba set free, the poor creature ended up growing up cowardly and afraid. Much of the blame was pinned on Elphaba as well.

Ending up with the ruby slippers, it was her house that got taken away from Kansas to Munchkinland through a tornado that Madame Morrible manipulated. The house ended up crushing Nessarose to death. She (with her dog, Toto) was Elphaba’s hostage in an attempt to retrieve the ruby slippers, Elphaba’s only memorabilia of Nessarose left. She ended up pouring water on Elphaba that caused her to melt, leaving only the latter’s hat and green elixir behind.

The spark that ignited Elphaba’s revolutionary tendencies, he fought for animal rights being “the old goat”. Prior to getting fired from his teaching job, his gloating tendencies as a goat started emerging. Fighting for animal rights particularly the right to speak was one of his educational thrusts. It was a goal that was thwarted first when his lecture got erased and finally upon getting fired.

A teacher at Shiz University, she discovered Elphaba’s powers on her first day at school. In fact she’s the only person she thought of presenting before the Wizard of Oz after the strong potential she sensed in her. She’s also one of the first people to flip the moment she realized that she can’t use Elphaba as a pawn to rule over Oz.

The wizard’s monkey servant, he received wings like his fellow monkey servants when Elphaba cast a levitation spell on them. The wings sprouted out of them when Elphaba read the Book of Spells. A little later in the musical, Chistery is heard learning how to speak as an after-effect of freedom. 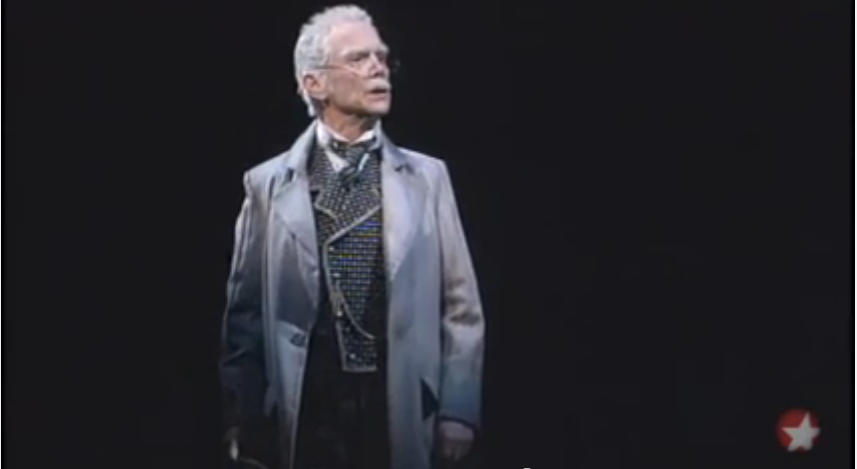 It wasn’t mentioned but slightly implied that he is not from Oz but from a different dimension (read: Earth, Domain of the Mortals). He owns the Book of Spells but did not know how to read it. He needed Elphaba to read it and cast out spells to “rule Oz”. That’s when Elphaba sensed the BS and snapped.

It’s a multi-layered musical – the kind that makes you view it differently every time you look back and analyze it. Elphaba didn’t mind being labeled “Wicked” halfway through the story because she knew the truth. It’s an inconvenience she accepted for embracing her self-imposed role as a freedom fighter. When she realized how some things are no longer worth it, she made some hard decisions along the way. And I still will not spoil them for you even if you may have seen “Wicked” several times over.

So was it a fun ride to relive “Wicked” through the characters we all loved? I had fun and it was great. Now like our official Facebook page, MusicalsOnline.com, and follow us on Twitter @musicalsnews. Thanks for reading.