The Phantom of the Opera: What Was the Monkey Music Box For?

Watching “The Phantom of the Opera” gets you thinking what does the monkey music box have to do with the story. It would take awhile at the beginning of the story for you to realize who he is, now in old age.

A music box with a monkey sitting on top of it, it produces music even if the cymbals that it held barely got in contact with each other. It plays “Masquerade”, the same tune sung at the beginning of Act 2 of this musical. Among the items in the opera house auctioned, it was this item that helped him remember with fondness how special this item is to Christine.

An onslaught of ideas ravished through my brain fast enough to remember the spoilers I read from “Love Never Dies”, the sequel that Andrew Lloyd Webber wrote for this musical. Because the moment we start analyzing the importance of this music box to the story, we would realize how the ending of the film version closed the story cleanly enough to avoid any possibility of a sequel. Then again, Webber has rights to the story that gave him freehand to launch a sequel, perhaps for the sake of catering to fans that still hoped that Christine would end up with OG.

So let’s try focusing on circumstances surrounding the music box itself. At the beginning of the story anyway, if the 25th anniversary edition would be based, some of the participants in the auction were shown shaking their heads suggesting that they are not willing to spend more on a music box like the one up for sale. 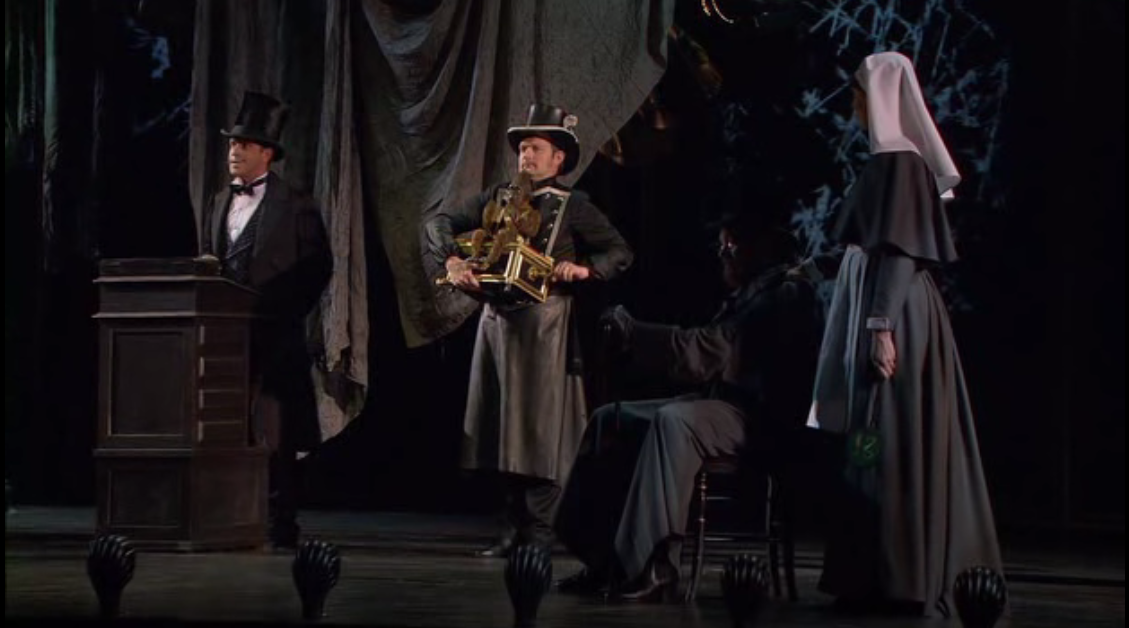 The box was just like how Christine described it to him since she got close enough with OG to know other details of his life. His most cherished possession other than Christine (let’s face it, OG treated her like property too) was this box, a memento of his life as a circus freak.

Madame Giry mentioned how OG used to be a part of a circus troupe where he was one of the freaks. The box was the only positive memory he has from his previous life. He turns the knob so that it can play his mother’s song. Besides, much of his attraction towards Christine is based on how much she looked like his mom. Sometimes I can’t help but think that he trained Christine to sing in the same way that his mom sung.

Sometimes I end up thinking as well that the real reason Christine got terrified of the doll wearing a bridal gown is she realized that it’s not really a doll. It’s the preserved corpse of OG’s mom. Imagine how rotten it must have looked like to scare Christine hard enough to faint. So a balance of childhood memorabilia is established in OG’s lair with that “doll” (negative) and with that music box (positive). Both items have positive memories for OG, not for Christine. This is why Christine only managed to discuss about the music box fondly. Only the music box. Whether she mentioned “the bride doll” to Raoul, we’ll never know. The box office results of “Love Never Dies” must have discouraged Webber enough to not go with another sequel just for the sake of explaining some loopholes in “The Phantom of the Opera”. Good thing the Hollywood trend of turning most of their films into trilogies (or a series of sequels where they don’t know where to stop anymore), did not translate to musicals. 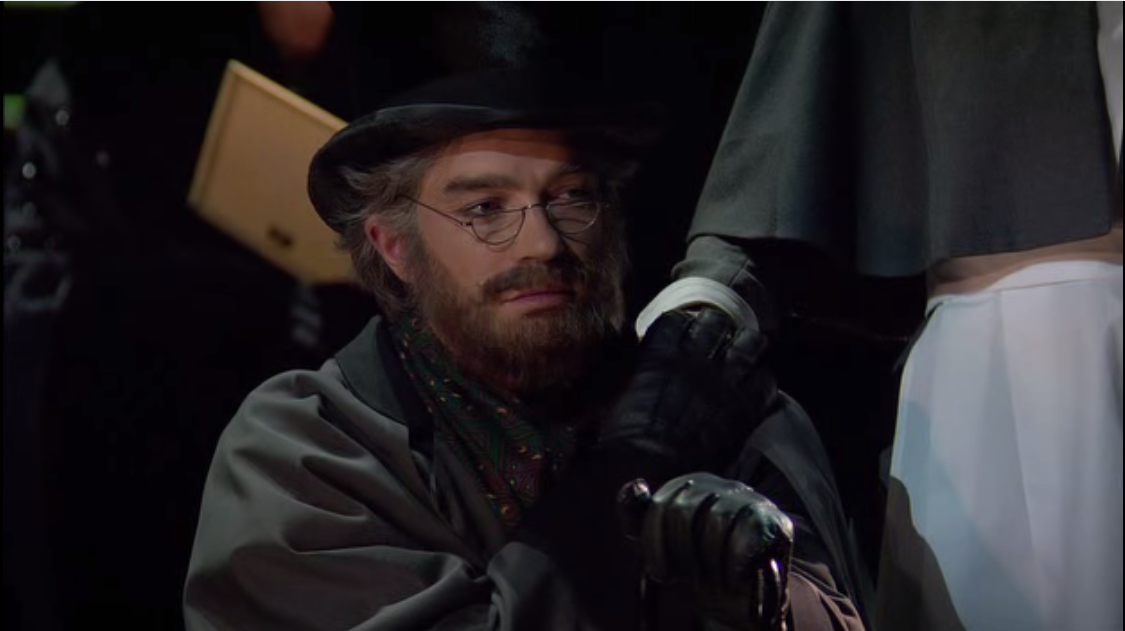 Staring at the music box, he asked the music box, as if it can talk back, if it can still play long after everyone else is gone. Not that he expected the monkey to answer, but because even if Christine married him, “The Phantom of the Opera is here inside my mind”. In other words, the marriage did not make Christine forget OG.

You can only imagine the pain that he harbored all those years. Maybe there are days where the marriage felt like some Pyrrhic victory. He won Christine’s heart, alright. But not everything about OG in Christine’s point of view is bad. The music box may be the only positive thing in her stay with OG that left her with happy thoughts related to OG’s childhood. But it stayed long enough in her memory to make her talk about it with him on a constant basis.

In other words, there was no total closure. Closure is one of the toughest things to find today. It’s the same dilemma that he harbored. I remember discussing my minor annoyance over Christine’s indecisiveness between Raoul and OG. She’s already married with kids to Raoul and she still ends up discussing the music box? Or was it her convenient excuse to keep remembering OG? Good thing Raoul was patient enough with her.

In a way, this can be viewed as him resigning to the fate that no matter how long he’d been married to Christine, OG will always be a part of their past. So he might as well address the elephant in the room, or in this case, the monkey sitting on the music box. Besides, if not for OG releasing Christine, he will not get the chance to marry her.

The moment you discover the heart-breaking angles of your favorite musicals, the more you want to discuss them. Join the discussion by liking our official Facebook page, MusicalsOnline.com, and by following us on Twitter @musicalsnews. Thanks for reading.