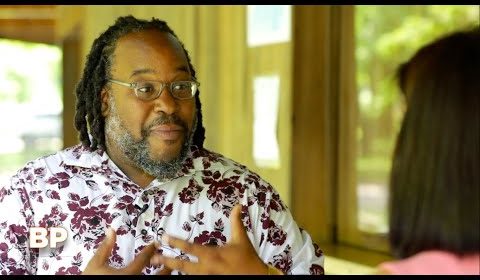 Before it airs nationwide, here’s a look at the newest episode of Broadway Profiles. Hosted by Emmy-winning anchor Tamsen Fadal and powered by Broadway.com, this installment will air in New York City on July 18 at 6:30PM ET on WPIX. Be on the lookout for Broadway Profiles with Tamsen Fadal, the only nationally syndicated weekly theater news program, on your local TV station.

– Broadway.com Editor-in-Chief Paul Wontorek speaks with COMPANY’s Matt Doyle about the innovative revival’s return to the stage and more.
– WAITRESS has been announced for a Broadway return in September with composer Sara Bareilles returning to the lead role as Jenna.
– Broadway.com correspondent Charlie Cooper chats with HAMILTON alum Miguel Cervantes about the hit musical’s return.
– Take a look at the new Apple TV+ series, SCHMIGADOON!, a parody of Golden Age musicals starring Keegan-Michael Key, Cecily Strong and a slew of stage faves.
– Wish granted! Disney on Broadway returns to the stage this month with a series of concerts benefiting The Actors Fund. Get the scoop on LIVE AT THE NEW AM.
– Play on! Host Tamsen Fadal heads to the Delacorte Theater in Central Park to talk with Jacob Ming-Trent, star of the Shakespeare in the Park production of MERRY WIVES.
– Tony winner Celia Keenan-Bolger will return to as Scout Finch in Aaron Sorkin’s TO KILL A MOCKINGBIRD this fall. Hear her and Sorkin talk about the iconic character.
– Broadway.com correspondent Charlie Cooper interviews Pulitzer Prize finalists and RATATOUILLE: THE TIKTOK MUSICAL creators Patrick Foley and Michael Breslin.
– Broadway alum Christopher J. Hanke talks about what it was like to be on the hit Fox medical drama THE RESIDENT.
– Nina Lafarga discusses her love of dance and her journey to Broadway.