Cabaret: Liza Minelli is Still The Reference to Run To

Would Emma Stone at least hold a candle to the kind of raw sensuality that Liza Minelli brought to the screen character of Sally Bowles? That kind of speculation regarding high-profile Broadway roles usually arises every time a popular Hollywood star takes on an iconic role. So let’s analyze the screen version of one of the musicals that turned out to be ahead of its time. 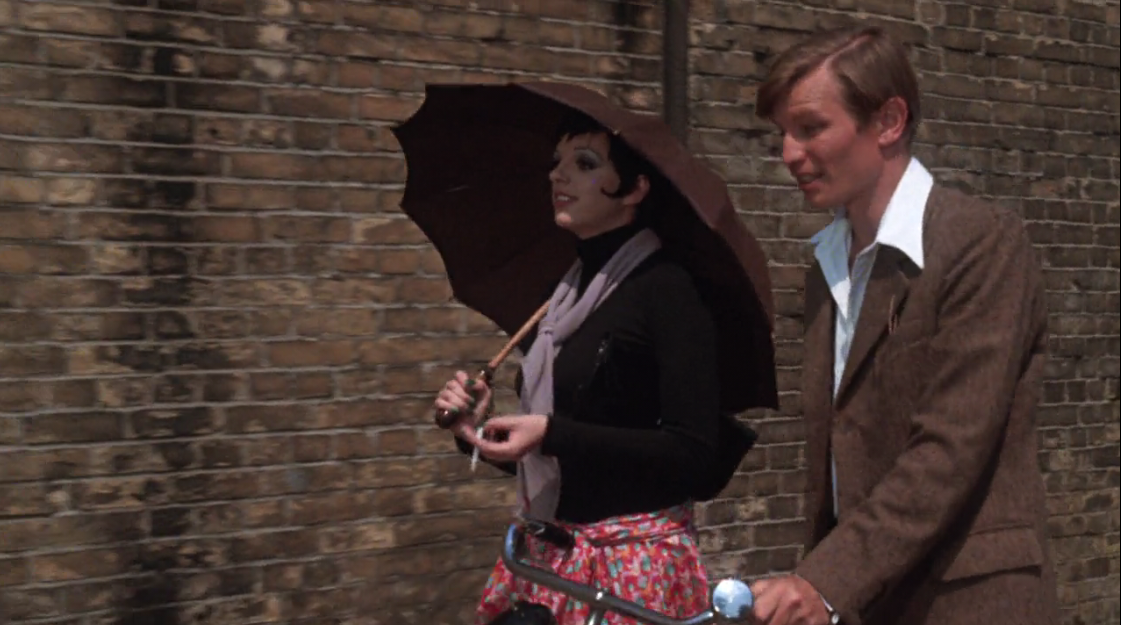 “Cabaret” is about Sally Bowles (played by Liza Minelli) who, alongside her night job at the Kit Kat Club, rents out a room to Brian Roberts (played by Michael York). Upon finishing this version of the musical, I end up wanting to see the theatrical version too, perhaps because the letdown I felt the moment I realized that most numbers here will be just in the club with only Sally Bowles and the Master of Ceremonies (played by Joel Grey) performing them.

The setting with which this musical is already bleak in itself – the years leading up to the rise of the Nazi Party. So I am skeptical to the way the story ended up in this film version. In this vein, most of the musical numbers ended up as parallelisms to what was happening to Germany.

But we’ll make do with what we have by analyzing one of the reasons why expectations for the next generation of actresses – because Minelli found a nice way to balance that innocent look with the sensuality, candor and a touch of blunt honesty that results in some awkward situations involving the rest of the characters. 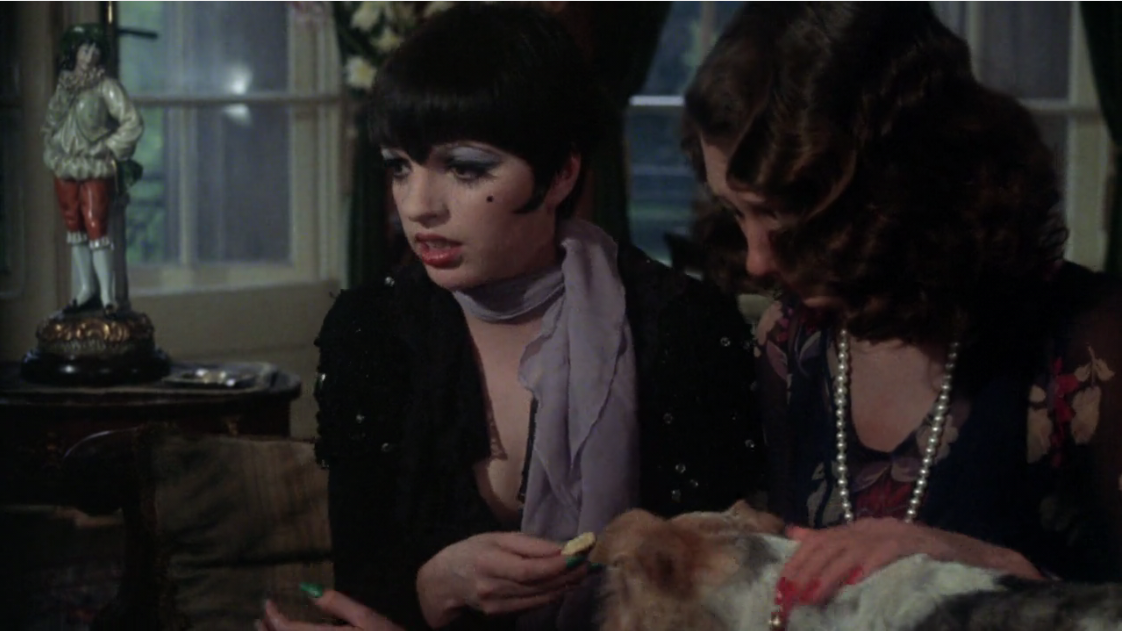 Like that scene involving the first day of tutorial class of Natalia Landauer (played by Marisa Berenson). Sally was not supposed to be there. In fact, Brian expected her much much later. If not for that jinxed meeting with a movie producer, she wouldn’t storm back into her pad and declaring her territory to Brian. While Brian was uncomfortable with her raunchy vocabulary, the other students Natalia and Fritz (played by  Fritz Wepper) were clueless as to the rest of the words she said. These words and sexual innuendos uttered with sheer sarcasm and indifference to how everyone felt.

This is in contrast to the sexuality and almost blatant flirtation that Sally did towards Brian in one night that she’s “in the mood”. She even ended up accusing Brian of “being not into men”, only to realize that he is very uncomfortable in situations as these. Whether the vocabulary is blatantly raunchy or subliminally suggestive, the discomfort Brian felt is a large contrast to the casual delivery of Sally.

That’s why the moment Natalia called for Sally one day in her lavish home, discovering one of the vulnerabilities in Sally’s character became evident. It’s one of the first and it’s her inability to explain to Natalia that passion that Natalia doesn’t understand – the passion that comes with her first sexual experience. It reminds you of that situation where someone’s cherry just got popped and she has no one to turn to for advice. Sally, for the first time perhaps in her sexually active life, found it awkward to explain how love and lust are differentiated to someone who just got “screwed” for the first time. That’s also where I realized how the word “screwed” made sex less romantic and more mechanical. I told you it’s awkward. 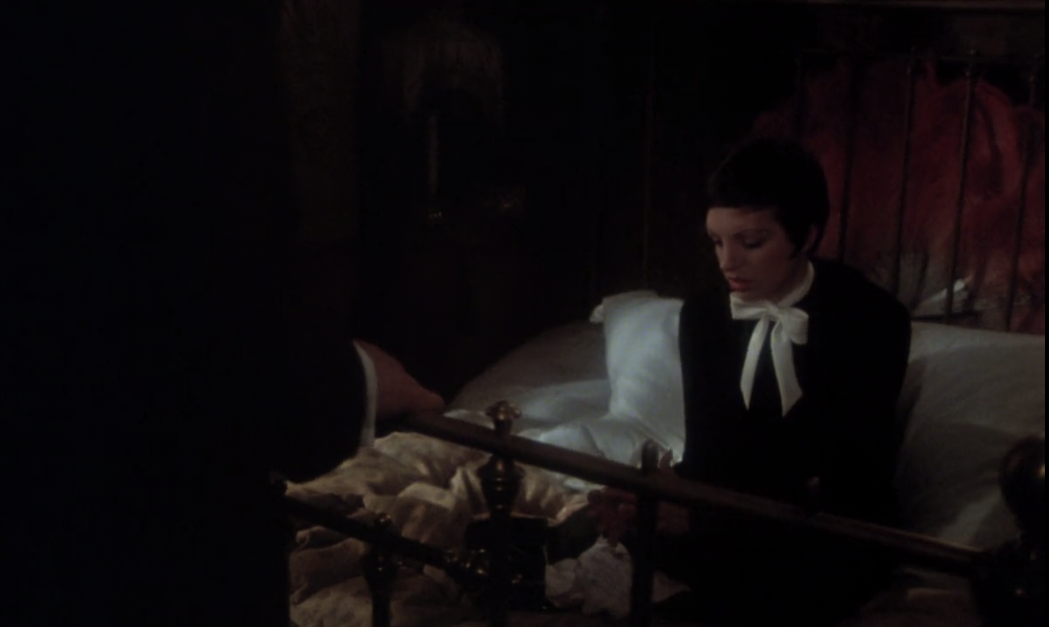 Another obvious vulnerability that emerged is her longing for her father who is more of an absentee parent. The scene where Sally is stoned silent to how unimportant she felt every time her dad promised a dinner with her is when it becomes evident how everything is just a facade. Remember that scene where Sally mentioned how her father can’t stand to be apart from her? It’s obviously lip service. If there’s some truth in there, he should have at least showed up in the story. That vulnerability led to a full-blown relationship with Brian that led to another series of vulnerabilities. At the end of the film, the facade she put up is basically just a shell of her old self.

To sum it all up, it’s a complex performance that ended up peeling the layers of facade that Sally Bowles has put up – a feat that Minelli succeeded in delivering. Not sure if the same multi-layered performance would come forward once this film chose the full-blown musical route but what we ended up having here, I’m more than pleased. It would be a barometer I’d end up using for sure the moment I finally get to watch a theatrical version. 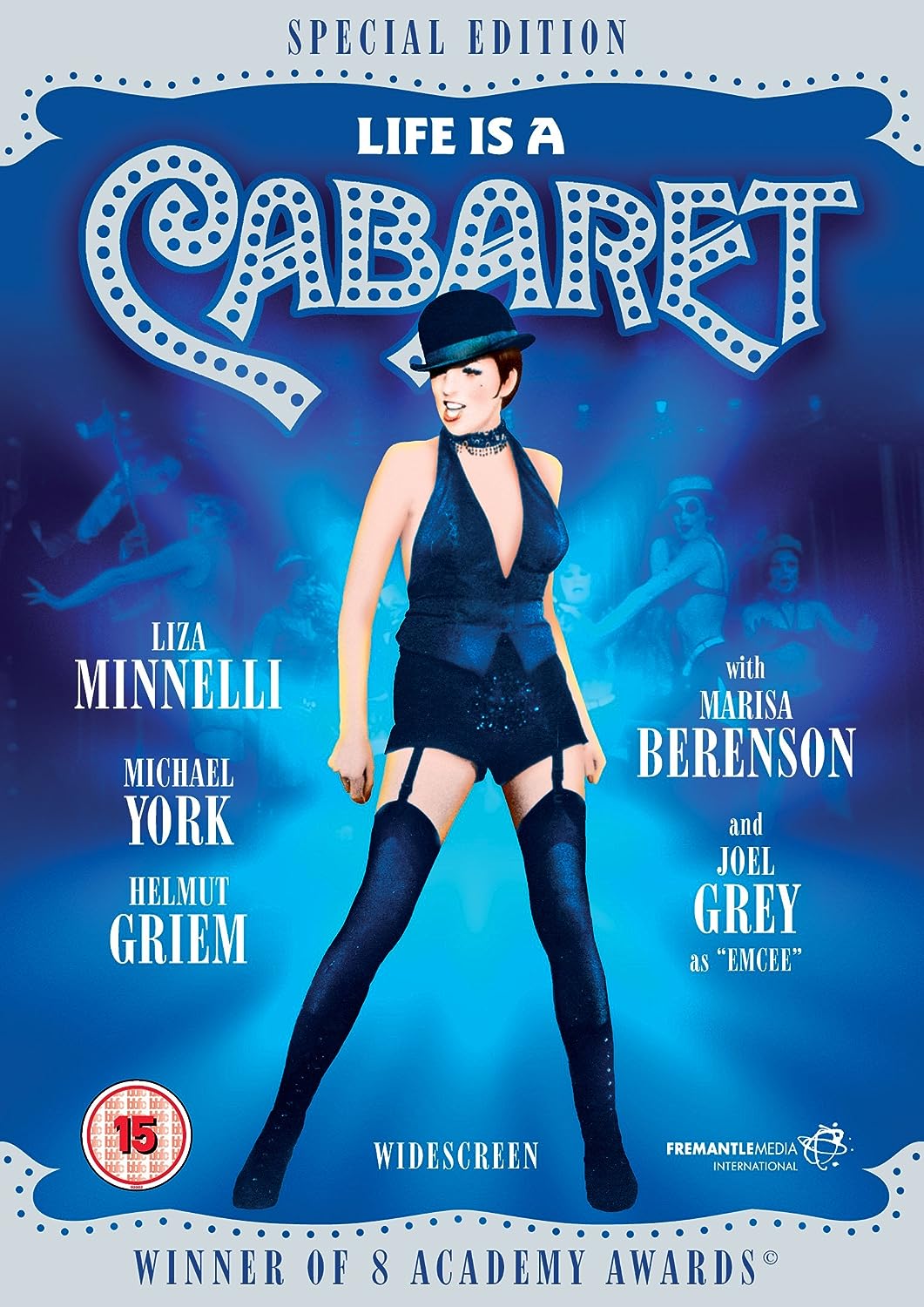 Lo and behold! The Cabaret Special Edition Anniversary DVD is out on Amazon. But it can only be available for so long. If you haven’t had one to enjoy at home, now is the time. Just click here and relive the first time it was shown in theaters right in the comfort of your own home. And while you’re at it, might as well like our Facebook page by clicking here and follow us at Twitter @musicalnews. Thanks for reading.