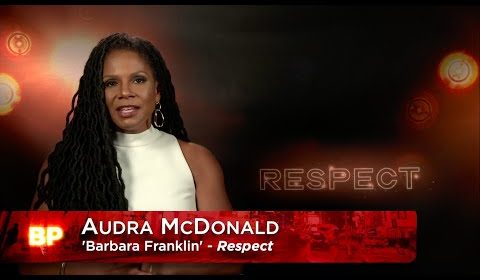 Before it airs nationwide, we’re offering a look at the latest episode of BROADWAY PROFILES. Hosted by Emmy-winning anchor Tamsen Fadal and powered by Broadway.com, this installment will air in New York City on August 1 at 6:30PM ET on WPIX. Be on the lookout for BROADWAY PROFILES WITH TAMSEN FADAL, the only nationally syndicated weekly theater news program, on your local TV station.

– Audra McDonald and screenwriter Tracey Scott Wilson talk about the upcoming Aretha Franklin biopic RESPECT, starring Jennifer Hudson.
– Order up! WAITRESS has been announced for a Broadway return in September with Grammy-winning composer Sara Bareilles returning to the lead role. She opens up about the show’s encore.
– Host Tamsen Fadal speaks with WICKED alum Ginna Claire Mason about working with students during the pandemic, motherhood and more.
– Get a look at the David Korins-designed Immersive Van Gogh, which is now offering free yoga classes in its transformative space.
– Tony nominee Billy Magnussen speaks with Broadway.com Editor-in-Chief Paul Wontorek about starring in HBO’s MADE FOR LOVE.
– Get to know Broadway fresh face Nick Robinson, who most recently played Jem Finch in Aaron Sorkin’s TO KILL A MOCKINGBIRD.
– After being told they would never walk again, Mars Rucker performed on Broadway in TINA: THE TINA TURNER MUSICAL. Hear their story of overcoming adversity.