Phantom 34th Anniversary Medley | The Phantom of the Opera 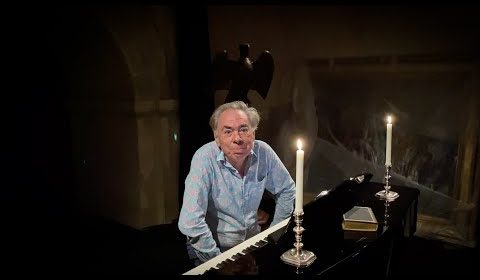 To celebrate Phantom’s 34th birthday, Andrew Lloyd Webber reminisces and performs a medley on the very stage where it was first performed in 1985, at Sydmonton Festival.

Discover more about The Phantom of the Opera:

Far beneath the majesty and splendour of the Paris Opera House, hides the Phantom in a shadowy existence. Shamed by his physical appearance and feared by all, the love he holds for his beautiful protégée Christine Daaé is so strong that even her heart cannot resist.

The musical opened at Her Majesty’s Theatre on 9 October 1986 with Michael Crawford and Sarah Brightman in the leading roles, and there have been dozens of productions worldwide since then. Now in its 30th record-breaking year, The Phantom of the Opera continues to captivate audiences at Her Majesty’s Theatre in London’s West End, after more than 11,000 performances.